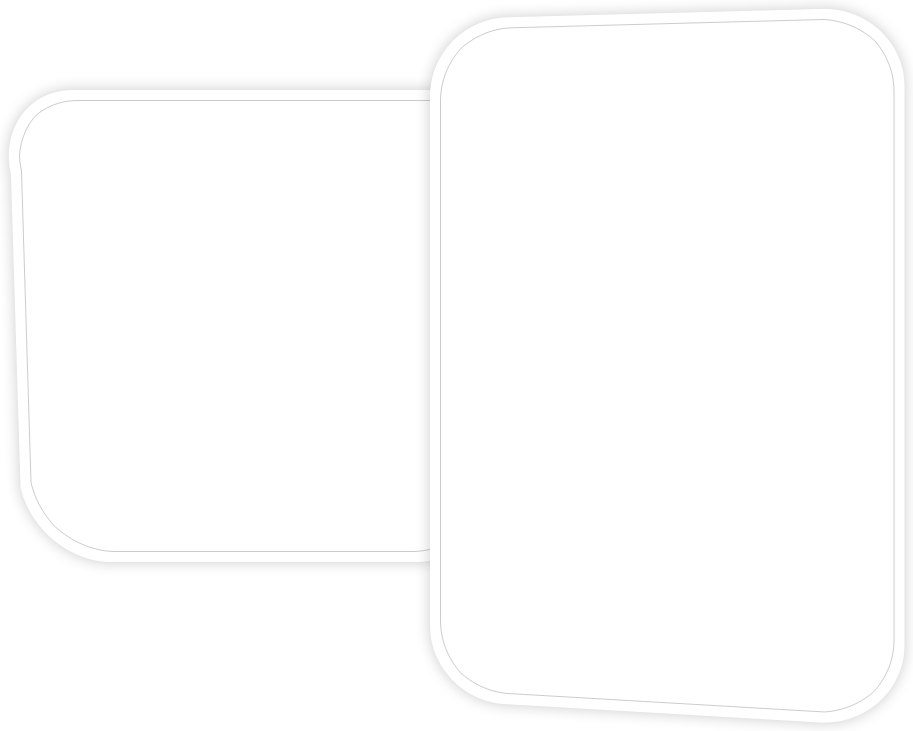 Skip to a concert or event ...

This was a gala held on a stage built on the back terrace of Buckingham Palace. I now don't think there are any corners of the place I haven't filmed. All aspects of the arts during the 60 years of the Queen's reign were featured, from the extremely successful Sylvia Young Theatre School, through the English National Ballet to Only Boys Aloud.

A month after the concert, I was asked to direct one small segment of the Olympic Opening Ceremony. To maintain secrecy, this was called The Interval Act. Simon Rattle was introduced to conduct the London Symphony Orchestra in a performance of Vangelis's "Chariots of Fire". It has a distinctive repeated note played out on a keyboard, and when we cut to see who was playing, the camera tilted up to reveal Mr Bean (aka Rowan Atkinson). Jealous of his neighbouring pianist, who has much more interested things to play than just one note repeated, Mr Bean lapsed into a filmed dream sequence in which he joined the runners from the film Chariots of Fire, beating them in their iconic run along West Sands at St Andrews by riding in a car, rejoining the race and, tripping up the front runner, went on to win the race.

Although it was a tiny part of the whole event, it was just amazing being there and being part of such an iconic event.
http://www.youtube.com/watch?v=h17gIW9paO0

2012 was an amazing year. The first event was a 3-hour concert on BBC1 live from a spectacularly constructed stage built around the Queen Victoria Memorial in front of Buckingham Palace. We had the most amazing bill: Robbie Williams, Jessie J, Will-I-Am, Stevie Wonder, Elton John and Paul McCartney. We tried to come up with something that would top the Brian May moment of 10 years earlier. So we used the latest projection techniques which cast amazing shapes on to the front of Buckingham Palace, which grew stronger as it got dark. We found a space on the roof of the palace to put Madness and picked the song Our House (Is a very, very, very fine house) for them to perform. I’ve always has this ‘Upstairs Downstairs’ feeling about the place, so I thought it would be fun to imagine what would happen if you tore away the facade of Buckingham Palace to reveal a row of Municipal/Council Houses behind. Top marks to the Lighting and Projection people, because it worked a treat, even though they had little time to rehearse it.

This was the follow-up Children In Need concert from the MEN in Manchester. Guests included Jessie J, Ed Sheeran, Snow Patrol, JLS, Elbow, Coldplay and Lady Gaga. This was recorded an hour before transmission to allow us to take time setting the huge amount of live bands we had on this year. However, due to certain artistes (who shall remain nameless) being late onstage, that hour’s difference between what was happening onstage and the transmission started to get less and less, until by the time we reached the end of the concert, we were a mere 5 minutes ahead of transmission. I would never have minded if we had had to go live, but we’d be in the middle of setting a band, so it would have been extremely eggy. In fact, I was just getting out the omelette pan just in case.

What can I say? William Wales married a Kate Middleton, and I was part of a group of directors who covered the procession. The best part was getting up in the middle of the night to watch a top-secret 'dry run' to test timings.

This was the first of two concerts organised for BBC Children in Need by Gary Barlow and came from the Royal Albert Hall.

The Liverpool Sound was a concert held at Anfield Football Stadium in Liverpool to celebrate the city's year as the European Capital of Culture. The concert was headlined by former Beatle Sir Paul McCartney, playing in his home city for the first time in five years. As I directed my way through such songs as Got To Get You Into My Life and Eleanor Rigby, I was reminded how important Sir Paul had been to me when I was growing up and deciding on a career in television.

Two of us directed the show for over 8 hours, with one team and getting up and changing chairs with the other during a musical break. The trucks are very narrow and changing over is a job that involves military precision and clambering over various innocent personnel. This worked well until the inevitable moment, when the music suddenly started and we were caught red-handed in mid-changeover. Whoever was nearest to the vision mixing panel (which happened to me) had to press the buttons for what seemed an eternity, but was actually only ten seconds of the worst-cut bit of music in the history of television.

One of the biggest concerts held in Belfast on a specially constructed stage in front of City Hall. It was the culmination of a 11-day series of events in Northern Ireland called BBC Music Live. Introduced by Patrick Kielty, the concert starred Alanis Morissette, Katie Melua, Jamie Cullum, Divine Comedy, Bob Geldof, The Hothouse Flowers, Moya Brennan, Kila, Brian Kennedy and Ronan Keating.

Party at the Palace

This concert was held at the gardens of Buckingham Palace Garden as part of the Golden Jubilee. The event was touted as the greatest concert in Britain since Live Aid or possibly ever. Tickets to the event were determined by a lottery. 12,000 people attended the concert. An estimated 1 million people watched outside the Palace in The Mall and around the Queen Victoria Memorial, and 200 million on television. The concert included performances of many hit songs from the reign of Queen Elizabeth II.

The concert began with Brian May performing "God Save The Queen" on the roof of Buckingham Palace as a guitar solo with support from the orchestra onstage in the Garden far below. This was one of the rare times I got nervous -

But this is all true with any concert. In this particular case, on the day before at the very time we were supposed to be rehearsing this, a fire broke out in the Palace and we all had to abandon rehearsals and evacuate (some of us were already evacuating, it has to be said). We only got to test the circuits and do a quick rehearsal as the audience were coming in on the night, the upside of which was that nobody spoiled the effect by sneaking in and snapping it in rehearsal: we didn’t really have any! But the concert did go fine after that. After the presentation of the artistes to the Royal Family onstage after the concert, Ozzy Osbourne said that this concert was the greatest moment of his career and pronounced the Queen to be "a beautiful woman".

It is thought of as one of the most impressive collections of musicians on a single stage. The concert was divided into two parts: pop music and classic rock music. In between acts there were some comedy segments by Lenny Henry, Ben Elton, Meera Syal, Nina Wadia, Ruby Wax and Dame Edna Everage.

My own fond memories of the show are somewhat marred by me leaning on a button inadvertently (around 5 minutes into the show) and cutting up the Emergency caption live for everybody to see. I panicked when I saw what I had done and it remained on the screen until such time as Naomi, the Vision Mixer, came to the rescue and calmly took it off air. Oh, how we laughed.

The show began with a spectacular fake arrival by Robbie Williams in a helicopter. He then went into the iconic Let Me Entertain You, which I have directed three times over the years. The Eurythmics sang Sweet Dreams with Stevie Wonder on harmonica, and the Manic Street Preachers did an amazing version of You Stole the Sun From My Heart. Johnny Vaughan was the host.

A few days after Katrina & The Waves had secured the next Eurovision to be held in Birmingham, Paul Jackson phoned me up and said “Would you by any chance like to direct the ESC (Eurovision Song Contest) next year?" Without hesitation, I said "Yup". Paul said "Don't you want time to think about it?" "Nope", I said. "Can't wait." The interesting thing was liaising with all the 25 countries as to what they wanted in the way of presentation, without showing any favouritism to any of them. I'd like to think we did our bit in stopping the programme being as laughable as it had been, although we couldn't stop some of the jury spokespeople trying to be the funniest thing on the planet. Everything went smoothly until the end, when Dana International was announced the winner. The idea was that Dana had to leave the Green Room to come to the stage and collect the prize from Sir Terry (Wogan). The moment she reached the stage, 16 trumpeters were to play the fanfare. As you all know, a trumpeter needs a bit of notice for this to happen, so we timed their cue at 5 seconds after Dana left the stage. We timed the walk. Nothing would be left to chance. So, on the night, she left the stage and I cued the trumpeters, and looked for Dana to emerge. Only no Dana. "Where is she?" I screamed. "Apparently, she's gone off to change"”. I pressed Terry Wogan's earpiece control "Terry, you have to fill. Dana's not ready. And someone stop the trumpeters!!" As I uttered the 't' of trumpeters, a resounding fanfare filled the auditorium, frightening the life out of poor Terry, who happened to be standing directly in front of them. Funny, the UK has never had to stage Eurovision since.

I’ve worked with Sir Paul McCartney a couple of times over the years. This was the very first show screened by the then-new Carlton Television on January 1st 1993. The show was in three parts: a studio element, the concert in a small club in Harlesden and the a live element. So we witnessed the handover from the old Thames TV to the new Carlton. Really exciting in a nerd-ish kind of way. Sadly, Carlton only lasted 9 years until becoming part of the united ITV branding. Interestingly, today, there is no way we could let Chris Tarrant do the same link now as he did in 1993, in which he pretended that Paul was just down the road playing live. We’d have to make it quite clear it had been recorded earlier. If you go on to YouTube, you can see a hilarious clip from the same show of Take That singing and dancing their hearts out -