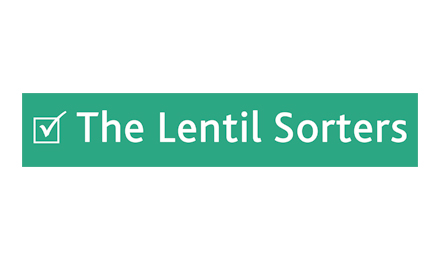 "The Lentil Sorters" is a sitcom set in the Office of Local & National Statistics which, depending on who you ask, is either where the real power of government resides, or the place where fun goes to die... Time to meet the team -

Graham has been head of the People & Places Department of the LNS for seven years. He would tell you that’s 15.5% of his life so far, and then write that statistic down in his special Filofax. There are three things in the world that Graham will always have faith in – statistics, the supremacy of filofaxes over computers and the idea that cardigans will never go out of style. He has no discernible social life

Audrey is the Survey Researcher for the department. She believes passionately that statistics should be used as a tool to help the man on the street. Fortunately for her, she’s never actually met “the man in the street”. She’s also passionate about Jane Austen, Les Miserables and pretending that she doesn’t work in an office with Daniel

Daniel Porter is the department’s Data Analyst. He used to work in the City, until the City realised he was a colossal waste of space. Daniel divides his time between manipulating statistics to further his vision of capitalism, necking energy drinks, and telling people his thighs are really, really strong. He’s terrible.

Mrs. Wilkins has worked as tea lady, archivist and maintenance guru for fifteen years. She knows where the bodies are buried.

We must stress that that is a figure of speech.

Welcome to The Lentil Sorters, a sitcom set in the Office of Local & National Statistics which, depending on who you ask, is either where the real power of government resides, or the place where fun goes to die

In this episode, the team uncover an unexpected statistical correlation between eyebrows, strawberries and dangerous dogs...

In this episode, Daniel & Audrey fight over the Welfare State with the aid of a can of strong lager, a fake police uniform and a beloved British character actor.

A stag do, a  Stats Conference and a blood test all combine to make Graham’s life substantially worse…

In this week’s episode, a database linking of Ribena and MI5 makes Graham reach for his Stress Cardigan. Plus Jane Austen and a brick.