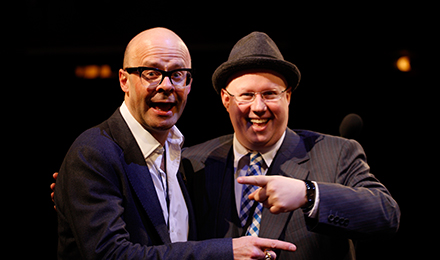 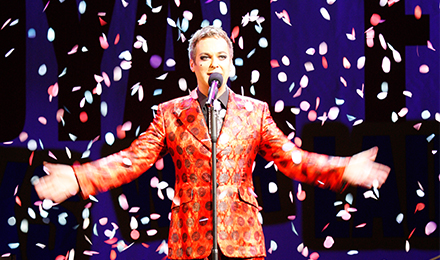 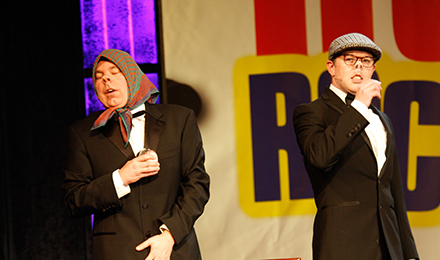 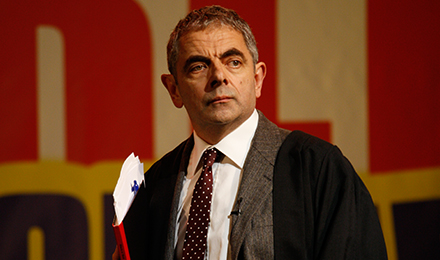 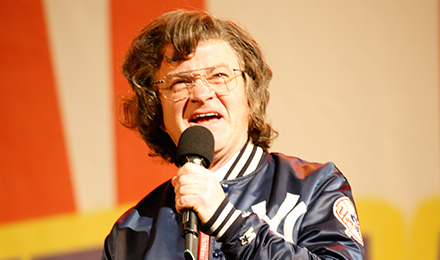 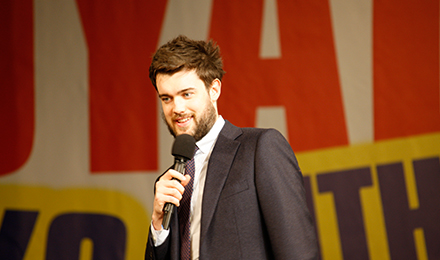 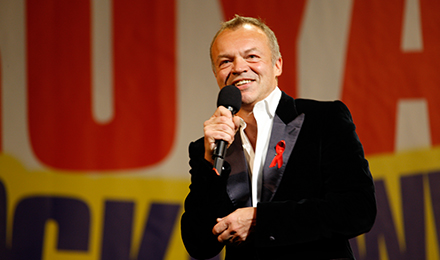 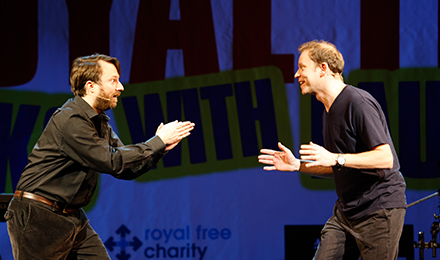 On World Aids Day 2013 Pozzitive teamed up with the Royal Free Charity & UCL to put on a very special show in aid of a new immunity & transplantation unit at the Royal Free Hospital, London.

With co-producers Phil McIntyre Entertainments, we commandeered the Adelphi Theatre, snuck in front of the set for The Bodyguard and proceeded to put on a staggering and sometimes literally glittering line-up, hosted by Matt Lucas, and with stand-up from Julian Clary (there’s the glitter we promised), Lee Mack, Graham Norton, Tim Vine and unannounced guest Jack Whitehall, if you please! - three sketches from David Mitchell & Robert Webb, a blistering musical turn from The Overtones, joined by Beverley Knight, magic from the jaw-dropping Barry & Stuart, and a gloriously and typically bonkers set from Harry Hill, who, to the accompaniment of his house band, attempted to drink an entire bucket of water.

Oh yes - did we mention that Harry Enfield & Paul Whitehouse’s Smashie & Nicey appeared to reveal what they’d been up to these past few Yewtree years, bringing welcome gasps of transgressive laughter from the house, and in a fitting climax to the night, the evening also brought the return of the League of Gentlemen in their first gig together in eight years. The roar that greeted “This is a local shop....” had to be heard to be believed.

As well as raising money, the night also raised awareness for the Royal Free Charity and their new Immunity unit, which will be a world-leading research centre against HIV and AIDS.

Serious bit from us at Pozzitive - director Geoff Posner says: "This is the fourth benefit Pozzitive have organised around World Aids Day. 15 years ago, we thought the problem of HIV and AIDS would go away and we wouldn't need to do any more benefits. But we were wrong. Although medication exists to fight the disease, it is still on the increase, and a large percentage of sufferers don't have access to them. So we have to find a cure. The new Unit for Immunity, Infection and Transplantation at the Royal Free aims to develop vaccinations, gene therapy and cell therapy to target chronic infections, such as HIV, and, even, in the long-term, cancer.”

Incidentally, you can find out more about the charity - and even donate - at this link: http://www.royalfreecharity.org/

A co-production with Phil McIntyre Entertainments

First things first - you can find out more about the charity - and even donate - at this link.

Done that? Good, thank you. And now, you can enjoy the Photo Gallery with performance shots of the League Of Gentlemen, Harry Hill, Mitchell & Webb, Smashie & Nicey and more...

...And here are some photos from the rehearsals