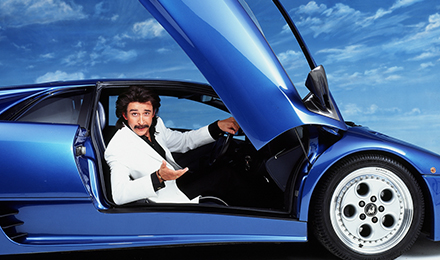 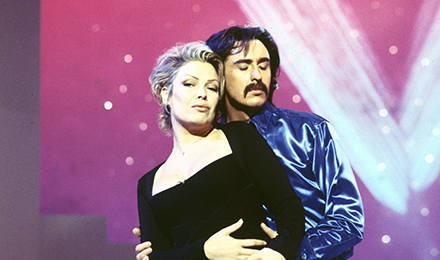 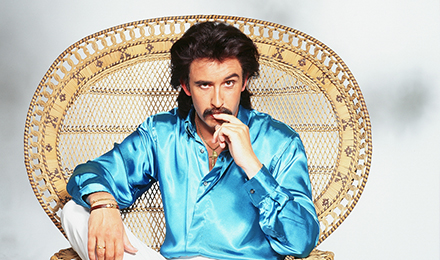 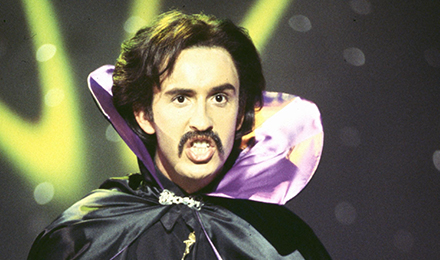 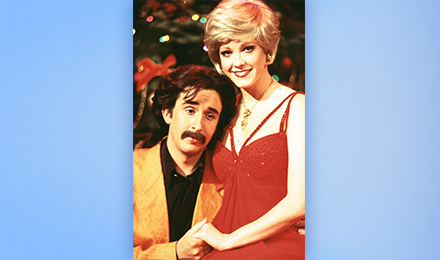 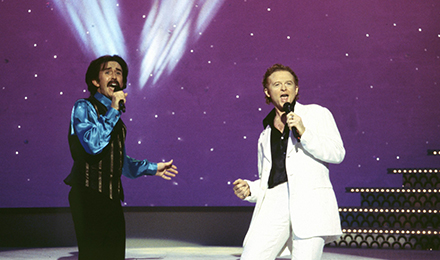 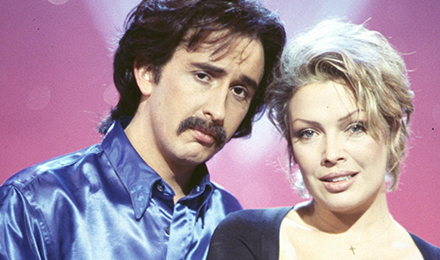 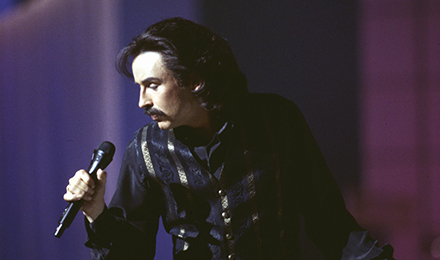 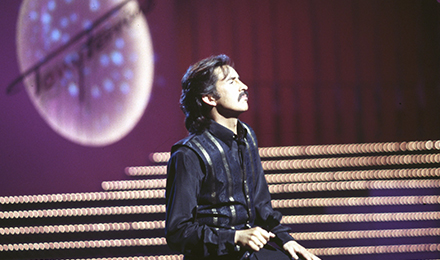 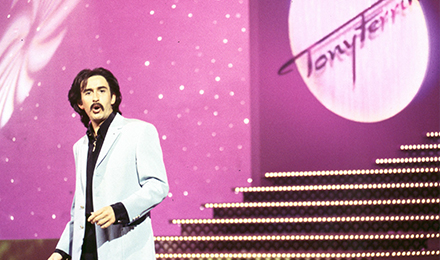 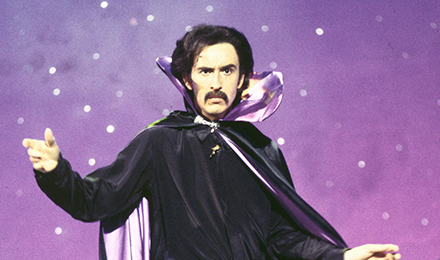 “The biggest singing star in the heavens of Portugal's entertainment industry, he is also widely adored across Brazil and Iraq. He has won Denmark's coveted Golden Throat award a record twice.”

We wanted to give the impression that someone very high up in the BBC had been blackmailed or threatened by the Ferrino organization into screening this pan-European special.

At the same time as the TV shows were going out, RCA records released a single and video of Ferrino singing Sir Tom Jones’s “Help Yourself”.

Ferrino was gloriously revived for Steve’s record-breaking stage tour “The Man Who Thinks He’s It”, including the new song “Lap-Dancing Lady”, but notable in particular for choosing a girl from the audience, and then gazing deep into her eyes and singing her the song “Ordinary Girl”.

Undaunted by his inability to pronounce the word “Phenomenon” without putting an “m” on the end, Ferrino launched this music and dance spectacular on an unsuspecting British public. Roping in such entertainment stars as Gary Wilmot, Mick Hucknall and the ”beautiful, but talented Miss Kim Wilde” for a series of iffy duets (“Fishing For Girls”, “Short-Term Affair”), and complete with a troupe of girl dancers, most of whom Ferrino would proposition during the course of the show itself, the programme won the Silver Rose of Montreux in the Music Category. There was a rumour that the Italian judge thought the show was genuine and liked it so much he voted for it, but that may be just a rumour.

The show benefited greatly from the icky-but-convincing spoof choreography of the great and soon-to-be rather famous choreographer, Bruno Tonioli.

“Short-Term Affair” was originally written as a duet with Bjőrk, and Steve finally performed a version with her on Comic Relief .

The complete playlist is: (in order)

Introducing Tony Ferrino: Who, And Why? A Quest.

In order to stretch the rather tight BBC2 budget a little further, the then Controller of BBC2, Michael Jackson, suggested a spoof documentary on Ferrino’s life, to be transmitted the day after. Gleefully based on one of those fanbase videos the public never normally see - in this case, of Julio Iglesias - Henry Normal and Steve joined forces with Peter Baynham to create a gloriously clunky, embarrassing and shifty half-hour centred around a staged interview with Ferrino by Baynham himself, playing the character of slightly put-upon interviewer Ross Woollard..

"Introducing Tony Ferrino: Who, And Why? A Quest"

We are privileged (and indeed legally obliged by the Ferrino Corporation and Interprotect Bogotá S.A) to present the following extra information and links...

Have a look at the Ferrino gallery - shots from "Fishing For Girls" with Gary Wilmot, more from Kim Wilde & Mick Hucknall and the never-to-be-repeated rendition of "Stuttering Sadie From Stuttgart"...

Have a look at the Ferrino Discography here -

The Dogs Ballads
Me Sorry
Nice Ass!
Phenomenon
The Peacock
The Quickly Man
Escuta O Cavalo ("Listen To The Horse")

"The Tony Ferrino Phenomenon" and "Introducing Tony Ferrino; Who, And Why? A Quest" are now available in one irresistible DVD - here

And now the BBC have released the entire Coogan oeuvre in one glorious brick of a thing called "Steve Coogan - The Complete Collection", and it includes both Tony Ferrino shows as well as all six episodes of Coogan's Run and both the Paul & Pauline Calf Video Diaries and many other goodies. To buy that, take a deep breath and click here

"Help Yourself" to Tony Ferrino's hottest single by clicking here

And the whole brilliant CD "Phenomenon" is very hard to get hold of, but you could try clicking here